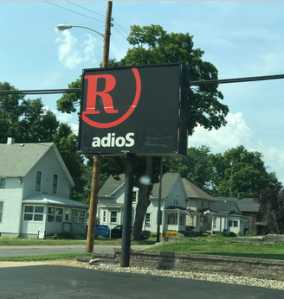 This photo on Reddit – another Radio Shack folding – reminds us of the key role Radio Shack has played in the life of the Progressive Review. In the early decades of this journal, Radio Shack was our technological guardian angel. Here are a couple of our favorite devices– Sam Smith 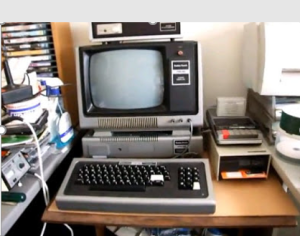 CNET, 2013 – Lewis Kornfeld, who died Friday at the age of 97 in Fort Worth, Texas, was the president of Radio Shack in 1977 when he saw a grand future for the personal computer. When Kornfeld and Radio Shack debuted the TRS-80 in 1977, the personal home computer market was wide open. With no major player dominating consumer’s pocketbooks, and no perceived consumer need for this technology, the future was unknown.

The TRS-80 microcomputer was priced at just $599.95 and stood in stark contrast to the build-it-yourself machines available to super technical hobbyists at the time. It was a rudimentary machine by today’s standards, but it was a revolution in all-in-one technology and price at the time.

When it launched, consumers went wild, and the TRS-80 was backordered for months, ultimately selling nearly twice as many units as Radio Shack had originally projected.

Introducing affordable electronics to America including computers, stereo receivers, and cellular phones, Radio Shack arguably did more to promote the culture of digital consumerism in the United States than any other company. 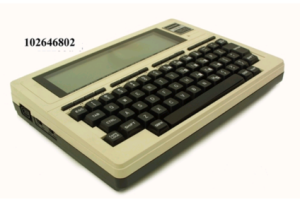 Many editions of the Review, then the DC Gazette, were composed on a Model 100 and the editor’s wife wrote her 200 page history master’s thesis on a Model 200 which had an external disc drive that could only handle three pages per disc.

Sam Smith, DC Gazette 1983 –  Although the Gazette is, so-to-speak, computerized, our  particular device — a Radio Shack Model 100 — uses a  liquid crystal display, a sort: of blown up version of  what you see on a digital watch. Having used both the  LCD and the VDT, I can tell you that the difference is  quite astounding. I find that typing on a LCD (like right now) is even less tiresome than typing on a piece  of paper. I can adjust the brightness of the screen to  my inclinations, the type is roughly twice the size of  normal typewriter characters and there is none of that  annoying space-age flicker and glare you find on a VDT.

The screen is only eight lines by 40 characters, but I  suspect that full-scale LCD screens will be available  before too long. Incidentally^ the Radio Shack 100 is a  phenomenal device which is only 8″xll”x2″, can be run on  four AA batteries, and, with 24 built-in file slots, an internal modem for telephone  communications,and other goodies, I can set the Gazette,  pay bills, do accounts with a 13 column by 18 row  spreadsheet and keep a self-dialing telephone directory — lounging in my favorite chair all the while. The main thing I have to watch out for is that I don’t spill my drink on the keyboard.

Old Computer Museum –  The Tandy 100 was actually a computer made in Japan by Kyocera. All the ROM programs were written by Microsoft, and even a few of them were written by Bill Gates himself These programs include a text editor, a telecommunication program, which uses the built-in modem (300 baud), and a rather good version of BASIC. . . The operating system uses 3130 bytes of the 8 KB RAM. So the 8 KB models didn’t sell very well. But there was also a 24 kb model. . . The CMOS CPU allows [people] to use the Tandy 100 for 20 hours with only 4 AA batteries. The model 100/102 is still considered and used as an excellent machine, mainly to type texts when you’re on the move (you can transfer them to modern computers) and even to send and receive emails